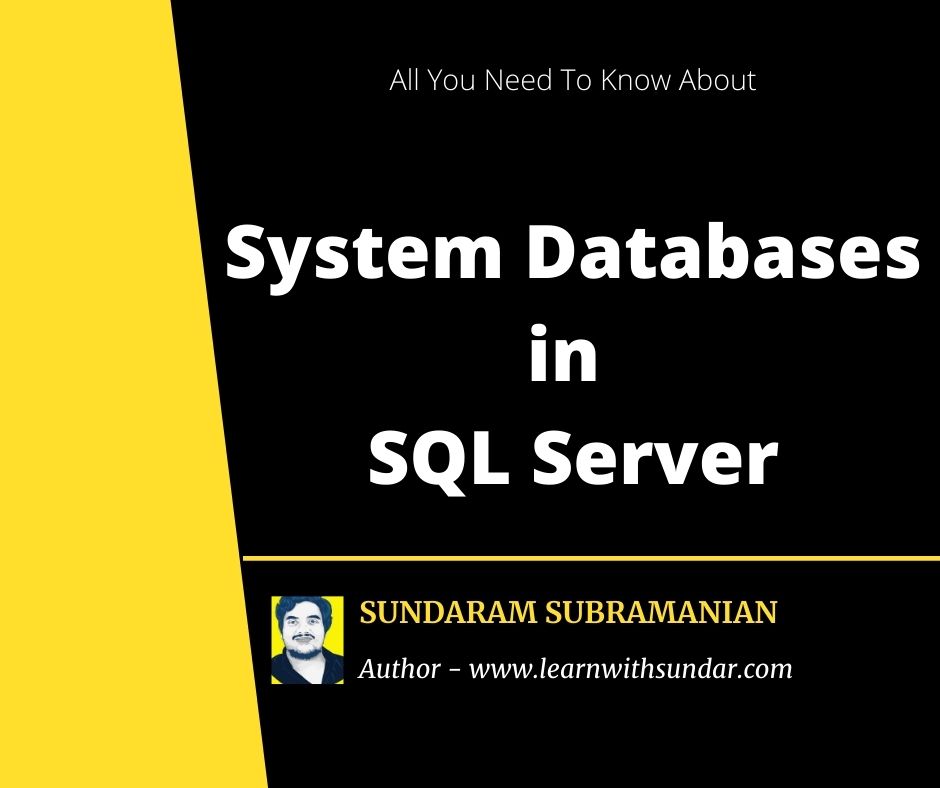 There are five system databases, these databases are created while installing SQL Server.

In this article, We have discussed about the System Databases and I hope you all found this article useful. Please share your feedback in the comment section.