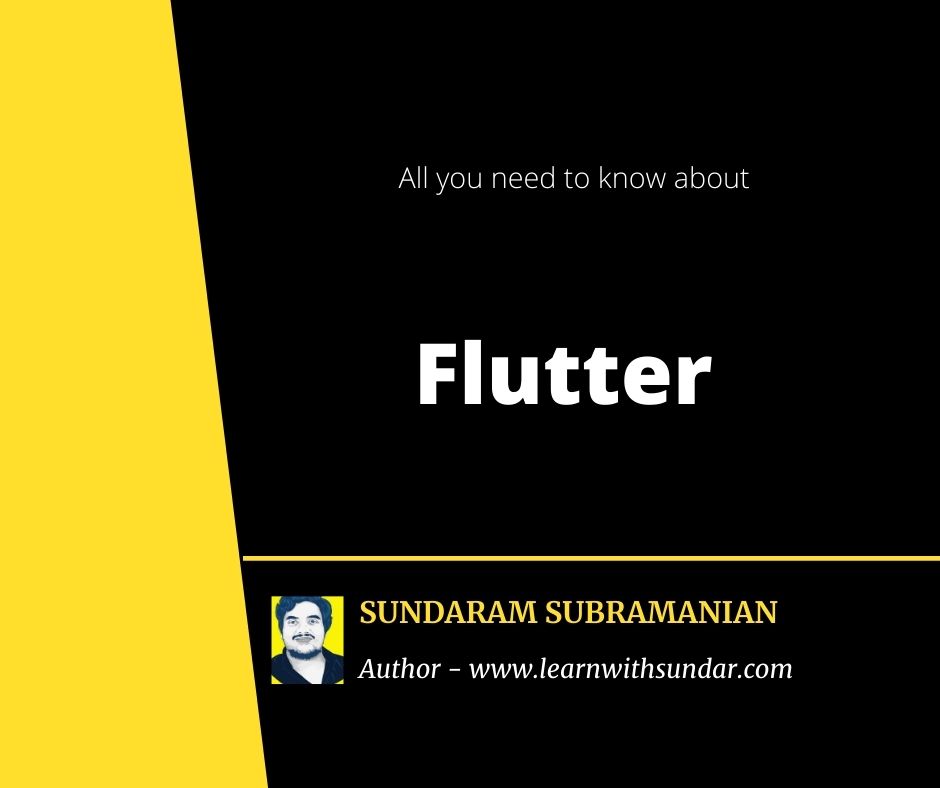 This is part one of the “Deep Dive into Flutter” series. In this article, we will learn the basics of Flutter. The following is the ToC of this article.

Flutter is an open source mobile application development framework to develop native Andriod and iOS mobile applications in a single code. Flutter was introduced by Google. The stable version of Flutter is Flutter 1.0 that was released on December 4, 2018. The sky is the first Flutter application which ran in Andriod OS.

Since there are many cross-platform mobile app development technologies available these days, why do we need Flutter? The main reason for the introduction of Flutter is that Google is developing a new OS called Fuchsia OS, which is primarily focused to run in all PCs, Laptops, Tablets, and Smartphones. To develop an application for Fuchsia OS, they came with Flutter SDK.

There are many advantages of Flutter over other mobile SDKs, as described below.

Flutter has a new feature called Hot Reload, which helps developers quickly and easily build UIs and fix bugs by injecting updated source code files into the running Dart Virtual Machine. And then, the Flutter framework automatically rebuilds the widget there, allowing developers to view the effective changes. Don’t worry about widgets, we will learn about these in details in future article.

In Flutter, everything is a Widget. Developers can design beautiful UIs using built-in libraries. Widgets are built using the framework. The Widget concept in Flutter is inspired by React Components. Everything in Flutter is Widget. Some basic and most commonly used widgets include.

We will look more deeply into Widgets in an upcoming article.

Flutter’s widgets incorporate all critical platforms to provide full native performance on both, iOS and Android.

Dart is the language used in the Flutter Framework. It is not mandatory to be a skilled person in Dart to develop Flutter applications. While developing applications in Flutter, we can learn Dart hands-on.

First, download the Flutter SDK and install on your local machine. Then, you can use any of the following editors.

In this article, we have learned some basics of Flutter. Hope it was informative. In upcoming articles, we will learn more about Flutter and its parts. Please feel free to share your feedback in the comments section.